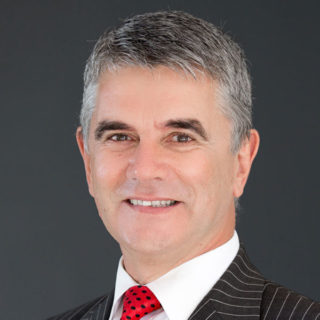 Pieter started his career as a teacher at Boland Agriculture High School in Paarl in 1982. In 1985 he was appointed as Public Relations Practitioner at the PE Technikon, promoted to the Head: Public Relations in 1987 and in 1991 to Director: Corporate Affairs and Development. When the merger of UPE and PE Technikon took place in 2005 he was the Interim Director. In 2006 he was appointed as Director of Marketing and Corporate Relations of NMMU, a position he holds up to the present.

Pieter served on the Protech/ Unitech/ MACE Boards over a period of 25 years, also as chairperson. He is a well-known public speaker and MC and has addressed, amongst others the following National/ International bodies:

He is an Alumnus of University of the Free State, UPE (NMMU) and UCT.