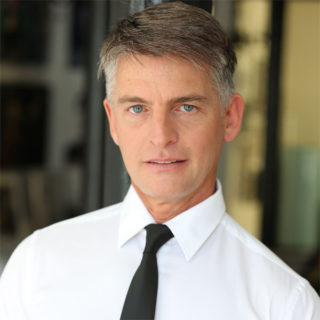 For the past two decades Dr Riaan Els has held the position of Chief Executive Officer at the Carl & Emily Fuchs Foundation – one of the first trust funds to have been established in South Africa.  The Foundation’s grantmaking strategy is predominantly focussed in the areas of Childcare, Health Services and Higher Education Programmes.

He has devoted his career to various spheres of development – including the two elements of managing philanthropic development initiatives and facilitating organisational development interventions.  The latter focuses on facilitating strategy and business development, as well as on leadership and team development interventions.   As a business advisor, Riaan has worked in a variety of sectors, ranging from private business and corporate social investment programs to public government departments; and from the academic research environment to development agencies and grantmakers in the non-profit sector. He has furthermore published widely, delivered several conference papers and he also serves on a number of advisory and selection committees at universities in the country.  His association with MACE dates back to 1997 and at one stage he acted as General Manager for the organisation’s predecessor (UNITECH).

Riaan is passionate about architecture and travelling and he also enjoys running.