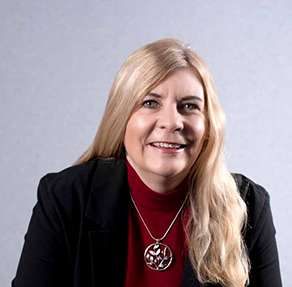 Linda is the Vice-Principal and also the Deputy Vice-Chancellor: Planning and Campus Operations at the NWU. Her career started off as a programmer, then moved to lecturer, researcher, Director of Academic Development and Support, Senior Director: Institutional Planning, Vice-Rector and since 2017 the position of Deputy Vice-Chancellor. Linda has been in higher education for 28 years of which 18 years were devoted to management. She has worked on a range of projects including serving as member of the national task team that developed the funding framework for higher education. She was a project leader of an international research collaboration project focusing on teacher training, funded by the British Council. Linda completed her first Doctoral degree in 2002 and recently completed a second Doctorate in Higher Education Management at the University of Bath, UK. The thesis contains a phenomenological study on radical change in higher education for which she also received an Emerald award. She published a number of articles and participated in more than 30 national and international conferences.  In 2019 she was invited as a keynote speaker to the China Annual Conference for International Education (CACIE), held in Beijing.